from 'Quenching the Kill' by Roxy Rawson 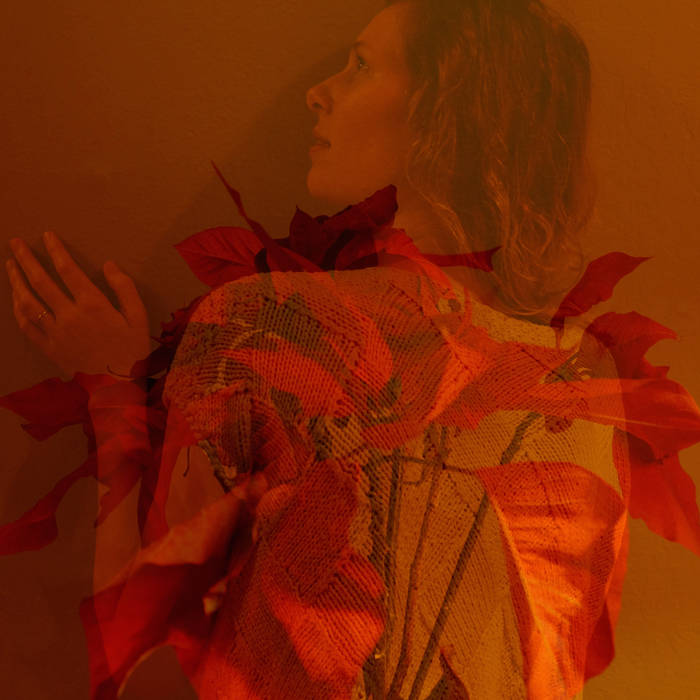 This is a song version of the fairytale 'Hans my Hedgehog', which I'll briefly describe.

Once upon a time, there was a King who had gone for a walk, maybe had gone hunting a strayed off the path and ended up lots in the woods at nightfall. He stumbled through the dark, it was cold and wet and eventually after walking for hours stumbled across a large house with foreboding large wooden doors. He knocked and there was no answer. Desperate to shelter himself from the cold and rest somewhere for the night, he pushed on the door- and to his surprise, it opened. He made his way inside and could hear the sound of a crackling fire. And followed the sound, found the fireplace and warmed himself. Suddenly he heard some strange breathing and became aware of a creature, obscured in the firelight, but definitely a creature of some sort.

This creature asked him why he dared to trespass into his house without being invited. The King replied that he was desperate and cold and need a warm place to stay for the night. The creature replied, I will grant you this, on the condition, that what or whomsoever meets you first when you return home, that thing or person you will give to me one year from this time. Thinking to himself, that his dog would likely be the first thing to greet him, the King quickly agreed.

The next morning, he awoke and by daylight was able to find his way back
to his kingdom. Desperately worried, there had been a search party out all night and his daughter part of the party ran to greet him with outstretched arms and embraced him. No sooner had she done so, the Kind remembered his promise.

He told her of this terrible ransom he had made of her. Despite this, she consented to honour the promise he had made, given that he was back home safe. But not without discomfort and worry.

One year later, the creature entered the kingdom, visited the king and asked for what was rightfully his. The Kind and his daughter kept their promise- and she was given to the creature in marriage. He was very strange looking, once she could see him in the light. Half man, half hedgehog.

They married...and it was a somber feast. What a tragedy to befall a member of the royal household, to be married to such a creature.

On their wedding night, the princess huddled up in bed, shrinking from her spiky husband, but he did not come to her bed. She awoke in the middle of the night, to find him gone, his coat of spiky quills left by the fire. Fascinated, she waited for him to return...and when he did, he appeared as a man, beautiful and untainted by his previous features. She asked him how this was possible...he told her it was a curse, that he must return to his quills every night and that the spell could not be broken, except by true love.

The next morning, the princess came skipping down to breakfast, obviously not as disturbed as everybody thought she would be. Sitting next to her mother, she confided in her what she had discovered. 'There's only one thing to do then, throw the quills in the fire! Then he won't be able to to return to them!'. The princess thought this a violent idea and didn't like the sound of it...but her mother's words weighed on her mind.

After several weeks of seeing her husband disappear at night and leaving his quills behind, and as she grew to love this half man, half Hedgehog, she wondered why the spell was not breaking. So the next night, she decided to follow her mother's advice.

Upon doing so, she heard a heart-wrenching scream from her husband, wherever he was....and called for him again and again, and he did not return.

Following this, her heart was broken. She knew she loved him...and was determined to right the wrong she had wrought. She made a vow to search the earth for him and had iron shoes made for her, so that she could talk as long as it would take. She walked and walked the earth, for years and wore out three pairs of iron shoes. After many years, she came across a small cottage with a fire...and in a similar situation to her father, having walked far and needing somewhere warm to stop, she knocked- no answer and so went inside.

There inside, she found her long lost love. Finally she had found him. They embraced...and the quills he had grown back fell away as the spell cast upon him was broken by the true love between them.:-)

Always at a loss to each other

I’ve wandered across the land and sea
In search of you, worn out three pairs of iron shoes
A harmonic tempera
A disturbed emperor

Bandcamp Daily  your guide to the world of Bandcamp